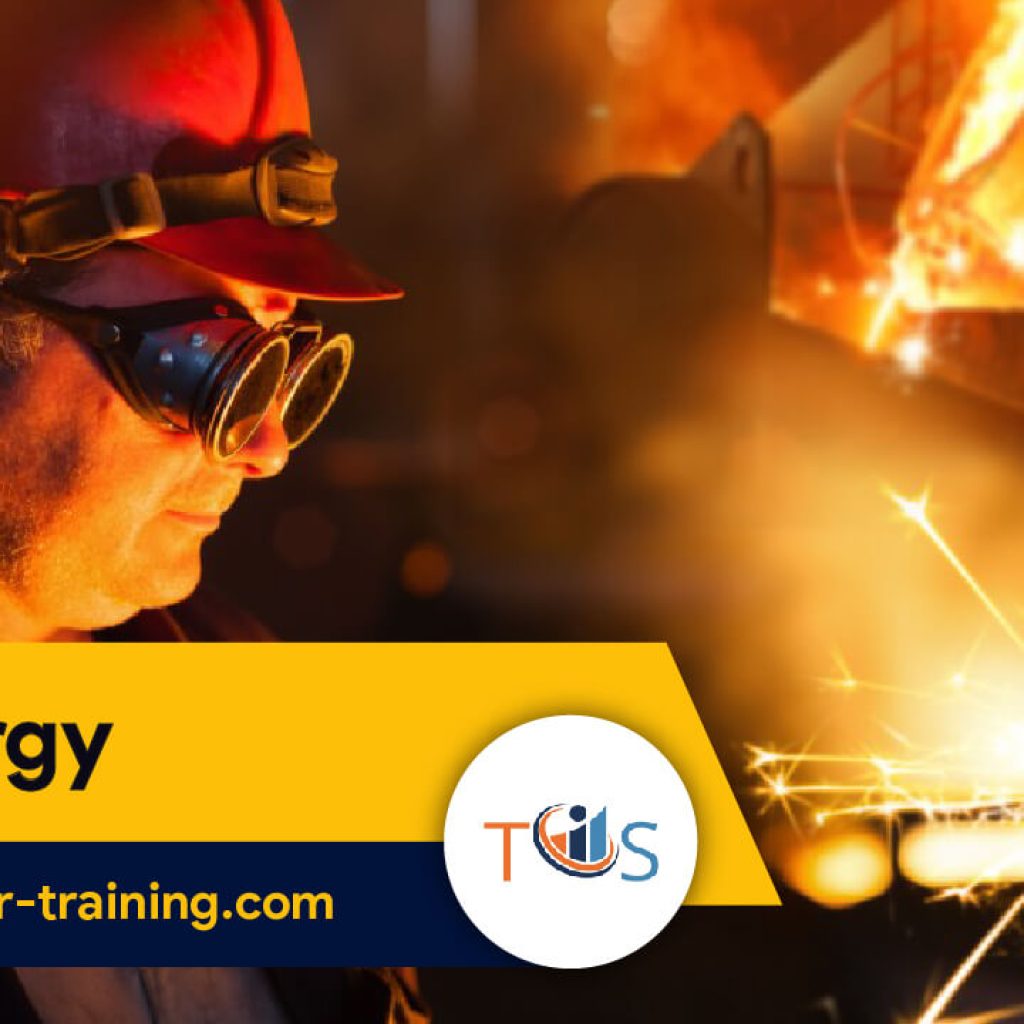 In this module you shall learn about:

Note: Welding inspector does not need to have an in-depth knowledge of metallurgy but the basics.

The Structure of Metals and Alloys

During welding, the metal is melted and mixed or alloyed with flux or electrode coating and then solidified somewhat similar to a casting process.

Metals when melted, are in liquid state and have no particular structure or orientation, but as the weld pool is cooled down and solidify, crystal structures are formed

Physical and mechanical properties of the metals depends on the composition as well as the metallic structures.

In order to minimize the amount of machining for complex shapes, castings are used for pump casing, impeller and valve bodies.

It is desirable to keep the size of grains small, because it improves strength and toughness. To do this, the metal can be rapidly cooled (quenched) to prevent formation of coarse structure and heat input can be restricted

Impurities such as carbon, sulphur, and phosphorous in the metals can change the crystallization of metal during solidification and also precipitate between grain boundaries reducing strength, ductility and toughness.

To overcome this issue, high purity metals could be used or oxygen scavengers such as aluminium or silicon can be added during the casting process which de-oxidizes or starves the impurities from reacting with oxygen, for example, to form carbon oxide bubbles that embed themselves between metallic grains.

This process called scavenging and steels produced called killed steel or fully killed steel. It also helps achieving smaller grains and minimizing the amount of trace elements that could later on during service cause Hydrogen Induced Cracking (HIC).

ASME requirements for pressure vessels generally require any steel with a carbon content of more than 0.24% to be killed.

Gases such as hydrogen, if trapped within the metal during solidification, create void and porosity and cause cracking during welding process. That is why, moisture and contaminant need to be removed prior to welding and low hydrogen electrode may be used to overcome HIC.

Wrought means material that is subjected to forming – extrusion, rolling and forging. Forming can be hot or cold.

Hot forming such as rolling, forging or extruding, is performed above the recrystallization temperature of the material.

Grains at recrystallization temperature make the metal behave in plastic manner, allowing them to deform greatly by little application of force compared to when they are formed at cold state. The recrystallisation temperature for steels is typically between 400 and 700 °C.

Austenitic stainless steel is corrosion resistance is because of it’s chromium content that reacts with oxygen forming chromium oxide layer protecting the steel from corrosion.

When carbon reacts with the chromium forming chromium carbide, it is called Sensitization, making the alloy steel vulnerable to corrosion due to depletion of chromium. So, “sensitized’’ microstructure is the chromium-depleted area.

Pure iron or ferrite is weak but with addition of 0.06% carbon, the pearlite phase is formed with improved strength.

The welding has three parts: weld metal, HAZ and base metal. Weld metal is less homogeneous and less uniform than base metal which effect it’s strength. That is why weld metal strength shall always be equal or greater than the base metal. The solidified weld metal is a mixture of melted base metal and deposited weld filler metal.

The Heat Affected Zone (HAZ) is the area next to weld whose width depends on the heat input of the weld. It is the area which is heated to 700 ºC or more because that is the recrystalization temperature of steel. 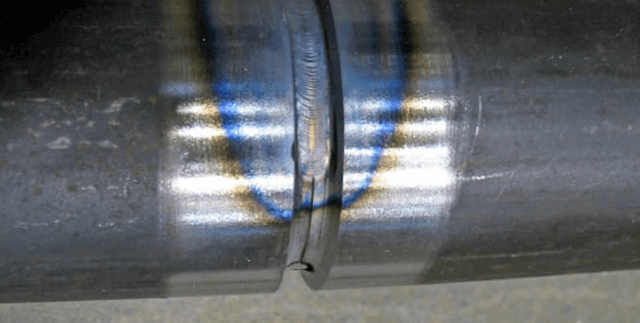 Melting temperature of metal is important for welding purpose, because if the melting point is high, then, more heat input is needed. This is achieved by increasing the amperage.

A pre heat may be used to lower the temperature difference slowing down heat dissipation and avoid thermal stresses.

A material that has had substantial alloying elements added; would have a lower thermal conductivity and therefore, lower heat inputs are required to raise the material to a desired temperature.

Aluminium and copper have high electrical conductivity as compared to iron and steel. This is one of the reasons that copper and aluminium are used in electric wiring and cables. Also because steel has lower electric conductivity or more electrical resistance, it needs less heat input because it generates some of the required heat due to resistance against electricity.

If the Metals expands or stretches more with increasing temperature; it means, it has  high coefficient of thermal expansion and therefore, it is more prone to warping and distortion problems during welding.

When two dissimilar materials such as carbon steel and stainless steel with different coefficient of thermal expansions are welded together, Cracking can occur because of their difference in thermal expansion that leading to thermal fatigue.

Density is weight per unit volume.

Denser shielding gas is more preferred because it can protect the weld over a longer period.

Mechanical Properties are the:

Materials are selected by the welding engineer that should meet the design requirements in terms of strength, ductility and toughness. Inspectors should understand the underlying principles of mechanical properties and the nature of tests conducted to verify the value of those properties.

Tensile strength is the maximum stress that the metal can withstand per unit length before breaking.

Yield strength is the maximum stress before the metal goes into plastic deformation, that is, change shape permanently. 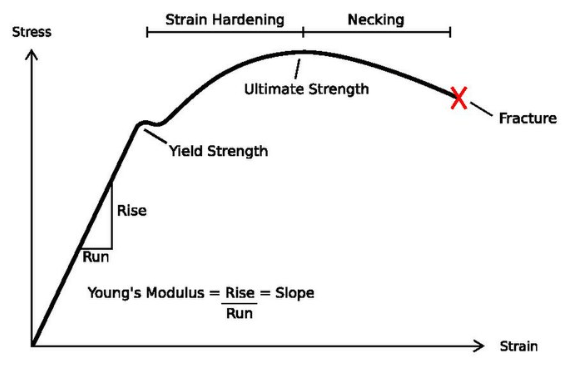 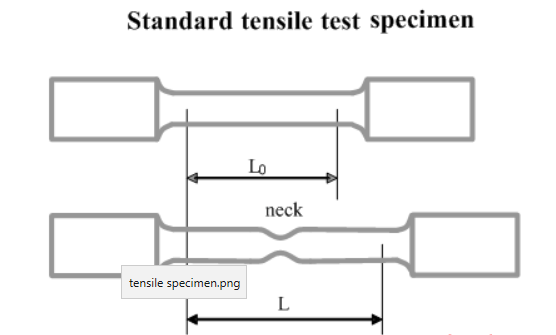 Stress is the applied load divided by the original cross-sectional area of a material.

Strain is the amount that a material deforms per unit length in a tensile test.

Toughness is the ability of a material to absorb energy and plastically deform without fracturing. In quantitative terms, toughness is the area under stress strain curve. 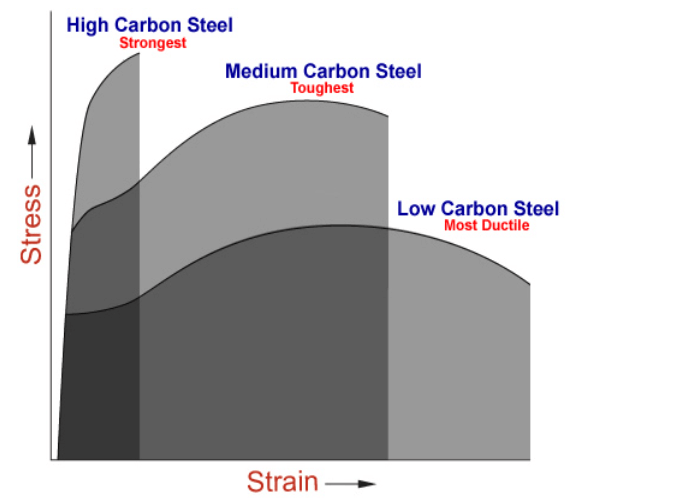 Fracture toughness is usually measured by the Charpy impact test. 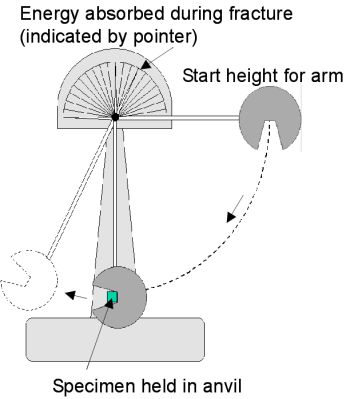 Permanent deformation or Plastic deformation, resulting from plastic flow, occurs when the elastic limit is exceeded.

The bend test is used to evaluate the relative ductility and soundness of welded joint or weld test specimen.

Hardness the resistance to plastic deformation by indentation.

Hardness measurements can provide information about the metallurgical changes caused by welding. 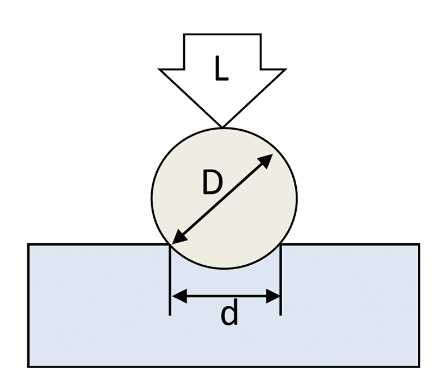 The Rockwell test is simple and rapid value of 55 on the C scale is expressed as 55 HRC. H for Hardness, R for Rockwell and then a letter indicating scale employed

Preheating slows the cooling rate and reduces the risk of hydrogen induced delay cracking. This may be necessary to avoid cracking of the weld metal or heat affected zone.

The need for preheat increases with steel thickness, weld restraint, the carbon/alloy content of the steel, and the diffusible hydrogen of the weld metal. Preheat is commonly applied with fuel gas torches or electrical resistance heaters.

The purpose of preheat:

The main purpose of post weld heat treatment is to relax the thermal stresses causes during welding (more pronounced for thick material) and reduce the hardness of the heat affected zone (HAZ).

PWHT can be localized (electrical resistance heating) or be placed in the furnace.

Hardening is the depth of hardness induced by quenching; it is different from hardness (resistance to indentation). Hardness depends on the carbon content while hardening depends on the alloying elements.

Hardenability of the steel is an indirect indicator of weldability.

As the hardness of the base metal HAZ increases so does the susceptibility to hydrogen assisted cracking.

The ingot and billet is worked over (casting, forging, forming) by the manufacturer who issues a heat analysis report (an statement of chemical analysis of end product)

MTR normally has the following information:

The inspector needs to verify whether the MTR meets the project specification or material requirement. The welding engineer may look at material certificate to determine it’s weldability. Carbon equivalent can be calculated from the chemical analysis.

Weldability means how easy you can weld a joint and how wide the range of variables would be.

Narrow range of variables and the need for pre-heat, PWHT, restriction on heat input, high hardness of metals, higher coefficient of thermal expansion, brittleness are all signs of poor weldability.

The simplest weldability tests are those that evaluate the strength (tensile test); ductility (bend test and hardness test) and toughness (charpy impact test) of the weld.

Lehigh Test cover all of the weldability test except lamellar test.

Chromium and nickel increase the corrosion resistance of alloys. Metals with Chromium content of 9% and less are called low alloys and over 9% as high alloys. 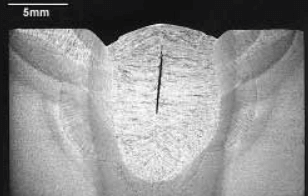 Stainless Steel up to 9% Chromium are classed as low alloy steel while above 9% is called high alloy steels.

The thermal expansion of Stainless Steel (SS) is 30% more than Carbon Steel (CS). So, the distortion is more for SS than CS. This means more tack welding needed for SS to hold the weld joints in place during welding.

During welding the SS, it’s HAZ region is exposed to high temperature (800 °F to 1650 °F or 400 °C to 900 °C), the carbon may react with SS chromium forming chromium carbide reducing the amount of effective chromium in SS therefore reducing its ability to resist corrosion. Use of low carbon SS can prevent it.

Alloys with nickel content of 35% or more called nickel alloys.

Because penetration is a problem when welding nickel alloys; wider weld joint is used.

Also, the weld pool should be solidified as soon as possible to minimize the risk of lamellar tearing. Hence, pre heat is not advised for nickel alloy welding because preheating slows down the cooling rate by reducing the temperature difference between the weld pool and the base metal is actually harmful because it prolongs the solidification period.

Get updates and learn from the best 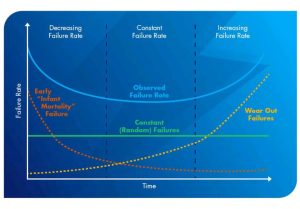 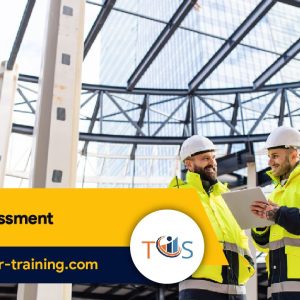 Depending on the criticality and complexity of the materials & equipment being procured, CLIENT and their assigned representatives may conduct out a pre-award audit or assessment of CONTRACTOR & VENDOR and any intended lower-tier- Supply Chain prior to the award

Do You Want To Boost Your knowledge?